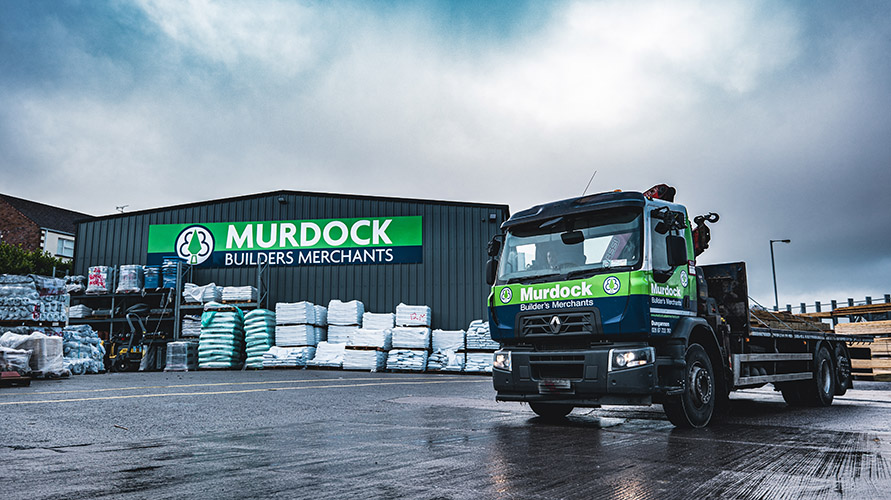 Murdock Builders Merchants has announced the acquisition of Brooks Group, comprising Brooks Builders Merchants and Dublin Plywood and Veneer, from Welsh-based Premier Forest Products Group. The transaction is subject to the approval of the Competition and Consumer Protection Commission.

The transaction will lead to the return to Irish ownership, after a 40-year interval, of Brooks, Ireland’s oldest name in builders merchanting and leads to the establishment of a strong competitive force in the market with significant reach throughout the island of Ireland. Murdocks has 10 branches and two timber processing facilities in Northern Ireland and four merchanting outlets in the Republic of Ireland. Brooks has seven builders’ merchants branches in the Republic, and DPV has its timber distribution based in Dublin.

Announcing the transaction Ciaran Murdock,of Murdocks said: “We are delighted to be announcing the acquisition of Brooks Group, a business we have always held in high regard. Since establishing Murdock Builders Merchants in 1982, we have gradually built the Murdocks business by opening new branches along with some single site acquisitions. Today’s announcement marks an important strategic move in significantly broadening our footprint in the Republic through the Brooks business. We believe that this provides us with a great platform for further expansion in Ireland.

“It is also notable that Brooks, which was originally established in 1750 with a long and storied heritage in timber provision and in merchanting in Ireland, returns to Irish ownership for the first time since 1981. We very much look forward to working with our new colleagues and the Brooks management team who have done such a good job in growing the business over the past number of years.”

Welcoming the announcement, Terry Edgell, CEO and co‐founder of Premier Forest Group, said: “We have really enjoyed our period of ownership of both Brooks and DPV. I would like to thank the dedicated Brooks leadership team and all the staff who have worked so hard to get the business to this point. We wish both businesses the best of luck and all the success for their future.”

Mark Lohan, Managing Director, Brooks Group, said: “The combination of Brooks with Murdocks comes at a great time for the business. We have made significant progress in realising the objectives of our strategy, strengthening the fundamentals, enhancing resilience and delivering performance. The team at Brooks is ambitious for the business, and that ambition is matched by Ciaran and his colleagues. We’re looking forward to an exciting new chapter for the combined business.”

Murdocks has also announced that following the completion of the acquisition, it plans to appoint Eddie Kelly as chairman of Brooks Group. Kelly has had a significant career in Irish builders merchanting and, as chief executive, led Grafton’s merchanting business in Ireland for seven years prior to his recent retirement. Paul Lynch, former executive director at Heiton Group plc and CFO of Applegreen plc, will also join the board as a non-executive director following completion.