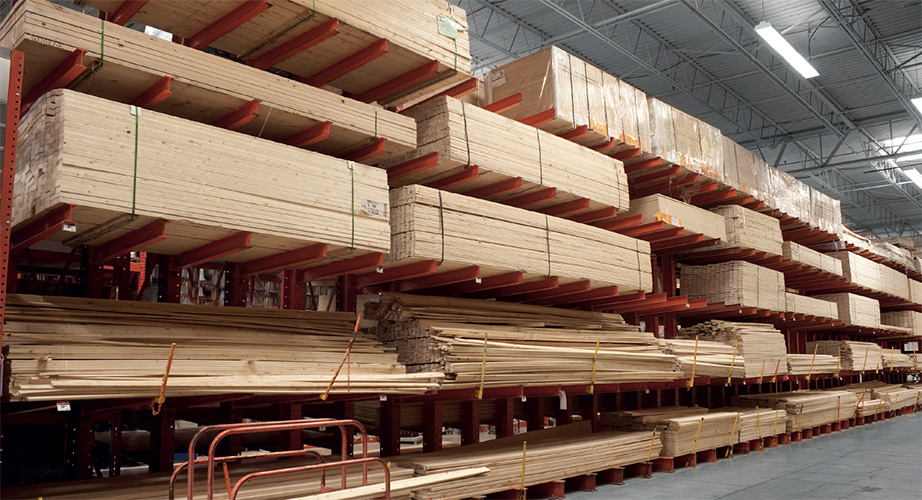 Robbie Cousins assesses factors that have been driving the surge in building materials costs over the past 18 months.

The costs of building materials have been undergoing an unprecedented surge since the beginning of 2020, with many in the industry expecting prices to remain at an elevated level for a considerable time to come. Traditionally, across a 12-month period, suppliers might experience price increases of 3% to 5%. Many absorb these increases as a matter of course on long-term contracts. The Central Statistics Office (CSO) recently stated that several materials providers had experienced price increases of over 30% in the past 12 months. Add to this a shortage of products, with some suppliers being forced to rationalise supply, and global distribution problems, building materials producers and providers would appear to be least well placed to benefit from the current increase in construction activity.

What the surveys say

In March of this year, the Society of Chartered Surveyors Ireland (SCSI) stated that house rebuilding costs spiked by 7.3% nationally over the previous 18 months.

According to the CSO’s ‘Wholesale Price Index’ for May 2021, between April 2020 and April 2021, timber prices had an annual increase of 30% for rough timber (including plain sawn) and 33.7% for other non-hardwood timber. However, the Irish Timber Frame Manufacturers Association (ITFMA) says the price that its members are paying for imported softwood has more than doubled since the start of 2020.

Another CSO survey on the impacts of Brexit on SMEs in 2020, also published in May, indicated that the rising cost of building materials remains the biggest post-Brexit worry for Irish expressing concerns about price increases. The transport of goods is also a significant concern for firms, with 30% of construction SMEs worried.

The Ulster Bank Construction Purchasing Managers’ Index (July 2021) noted a substantial jump in input costs stating: “The rate of input cost inflation hit a fresh survey-record high for the third consecutive month, with more than three-quarters of all respondents indicating that their input prices had risen during July.”

In the pre-Covid construction sector of Q4 2019, Irish construction firms were bracing themselves for the impact of Brexit at midnight on 31 December 2019. At that time, building materials prices were already on the rise due in some part to stockpiling, but other factors were also in play.

While Brexit has had a major impact on the price and supply of building materials, the pandemic changed the dynamics of global trade in ways that could not have been predicted. Despite shutdowns for most of the construction sector during 2020 and 2021, materials prices continued to rise, as raw materials suppliers who had reduced their output were hit by massive unforeseen demands from other markets, in addition to requiring time to ramp up production upon reopening after shutdowns.

The spread of coronavirus across the globe in Q1 2020 escalated supply challenges further. It impacted the ability of raw materials providers to harvest or mine and processors to keep their production lines running.

Then Irish construction was hit with an existentialist challenge on 24 March 2020, as the government shut down the country to slow the spread of the coronavirus.

While Brexit and supply issues due to Covid-19 have impacted the supply of plastic needed for ducting and other building products, several other factors also contributed to price increases and supply challenges.

Michael O’Donohoe, Country Director, Wavin Ireland, and President of the HAI explains that the surge in plastics prices began around the end of the first lockdown in May 2020, when there was a huge upturn in construction, as the suppliers of the raw materials for plastic products needed time to ramp up their production to catch up with the sudden enormous demand across many sectors.

“In May of last year, when construction was allowed back, there was a very strong pick-up in activity,” Michael O’Donohoe explains. “That remained unrelenting in our business for the rest of the year. So much so that by December of 2020, our output was 50% higher than it had been in the previous December. Last year, Europe also had a relatively mild winter, so construction activity across the continent was strong. But due to a number of force majeure events, there were production problems with the raw materials required for plastic products. This resulted in a restriction of supply and a substantial increase in prices. On top of this, Winter Storm Uri hit Texas, where many petrochemical producers are based, in February of this year. This further impacted the sector’s ability to produce product used for PVC manufacture. We lost a month’s production over this, but demand continued to rise, as many of the sectors we supply were not affected by the last shutdown.”

O’Donohoe says prices have been rising continuously over the past few months. But supply has also been severely hampered since February.

“Wavin as a European-wide group operates on the basis of allocation of supply. Wavin Ireland, like other regions, has had its allocation cut every month since February so far. So much so that we were supplying clients based on the urgency of their need since mid-May. Since the last reopening, demand for product has gone through the roof. Because of the volatility of price, we have been pricing jobs on application since 01 July.

O’Donohoe explains that Wavin generally sees price increases of about 5% or 6% every 12 to 18 months, but there are now increases every couple of months, totalling about 30% to date.

“We will be playing catch up until early next year unless developers decide to stall projects for six months because of the precariousness of supply. But I don’t see this happening. I hope we will start to see things begin to settle by the end of Q1 2022.”

“According to the ITFMA, the cost of imported softwood to Ireland grew by an unprecedented 35% across the whole of 2020 and another 85% so far in 2021. But the increases had already started to bite before the end of 2019.”

Before Covid-19 and Brexit, the price of timber had started to rise. When coronavirus arrived in Europe, with an anticipated drop in demand and challenges to staff plants, many European timber mills took the opportunity to close early and reschedule planned maintenance works. But instead of falling, demand started to grow rapidly in alternative markets.

Homeowners turned to their local DIY suppliers to purchase materials for domestic improvements. In addition, an explosion in demand for timber from the US housing market, which could not be met from Canada due to supply problems, meant that by the end of Q2 2020, when the Irish construction market started to reopen, there was an unprecedented demand for timber from Scandinavia and Northern Europe.

The growth in demand for timber in the US housebuilding market over the past 18 months completely upended the supply chain, as timber providers in northern Europe, who traditionally supply timber to Irish and other European timber frame manufacturing companies, were looking to the US, which was in a position to pay premium prices.

According to the ITFMA, the cost of imported softwood to Ireland grew by an unprecedented 35% across the whole of 2020 and another 85% so far in 2021. But the increases had already started to bite before the end of 2019.

Peter de Lacy Staunton of the ITFMA says its members would generally expect to have cost increases of about 3% to 5% per annum, which they would absorb as a matter of course. But the current run of cost increases going back to Q3 2019 has never been seen before, and it has not yet hit its peak yet.

“Some ITFMA members are operating on an ‘open-book’ basis with clients, sharing information on timber price movements and their impact on timber frame selling prices to ensure trust is maintained,” Peter de Lacy Staunton explains. “Most of our supply comes from Scandinavia or northern Europe. Since Q3 2019, when the escalating increases started, we estimate that the cost of timber has more than doubled. With timber so expensive worldwide at the moment, there is no alternative supply for us, so we just have to ride this out.

“On the positive side, there is an expectation that timber prices will start to stabilise in Q1 or Q2 of next year. But this is based on the fact that in the US, the price of timber is beginning to drop, and supply issues with timber from Canada appear to be getting resolved. But there is no other solid data to back up this expectation. So, we will just have to wait and see. For the moment, however, we have not reached the peak of the increases.”

In Ireland, last year, a backlog in the issuing of tree-felling licences due to a lengthy appeals process contributed to a shortage of domestically grown timber. This means that markets that traditionally purchased Irish timber have also been sourcing product overseas. The Minister of State for Land Use and Biodiversity Pippa Hackett looked to address the issue in October with the Forestry (Miscellaneous Provisions) Act 2020 to give the Forestry Appeals Committee the tools it needed to address a backlog of appeals more quickly. To date, there has been an increase of 11% in the number of licences being issued. But the construction sector needs this percentage to be increased considerably.

Irish construction is also at the mercy of the global steel trade. As it is an essential building product, steel also underwent substantial price hikes during 2020 and to date in 2021. During 2020, steel was hit by shortages and price rises, with demand growing faster than the industry could produce product. In addition, the cost of iron ore used to make steel almost doubled, resulting in huge jumps in the price of steel products.

This year global steel has again seen substantial price hikes. There usually would be a prior warning on price hikes, but this was not the case this year. As steel is such an integral element across construction, this is a significant concern for the industry. And, while the pricing for projects usually is set for a period of time in advance, suppliers and manufacturers have moved to a position where prices quoted for materials and products can only hold for several weeks at the moment.

On the bright side, US market analysts HIS Markit forecasts that global steel prices will remain elevated in 2021, with supply chain disruptions expected to delay price declines to the second half of 2021 while supplies need to be replenished. But once this has been achieved, prices will stabilise.

It should once again be noted according to the Hardware Association of Ireland (HAI) survey mentioned at the beginning of this article, building materials account for 13% of the total sales price of an average home. Therefore, an increase of 20% to 30% in materials costs would result in an increase of 2.5% to 4% in the overall sales price. Michael O’Donohoe commenting as president of the HAI, on behalf of the association’s members, says: “Building materials providers have absorbed huge costs over the past 18 or so months and will continue to work with the wider construction industry to arrive at sustainable solutions to cost and supply problems. We look forward to being part of what looks like being an exceptionally busy time for the industry over the coming years,” Michael O’Donohoe concludes.