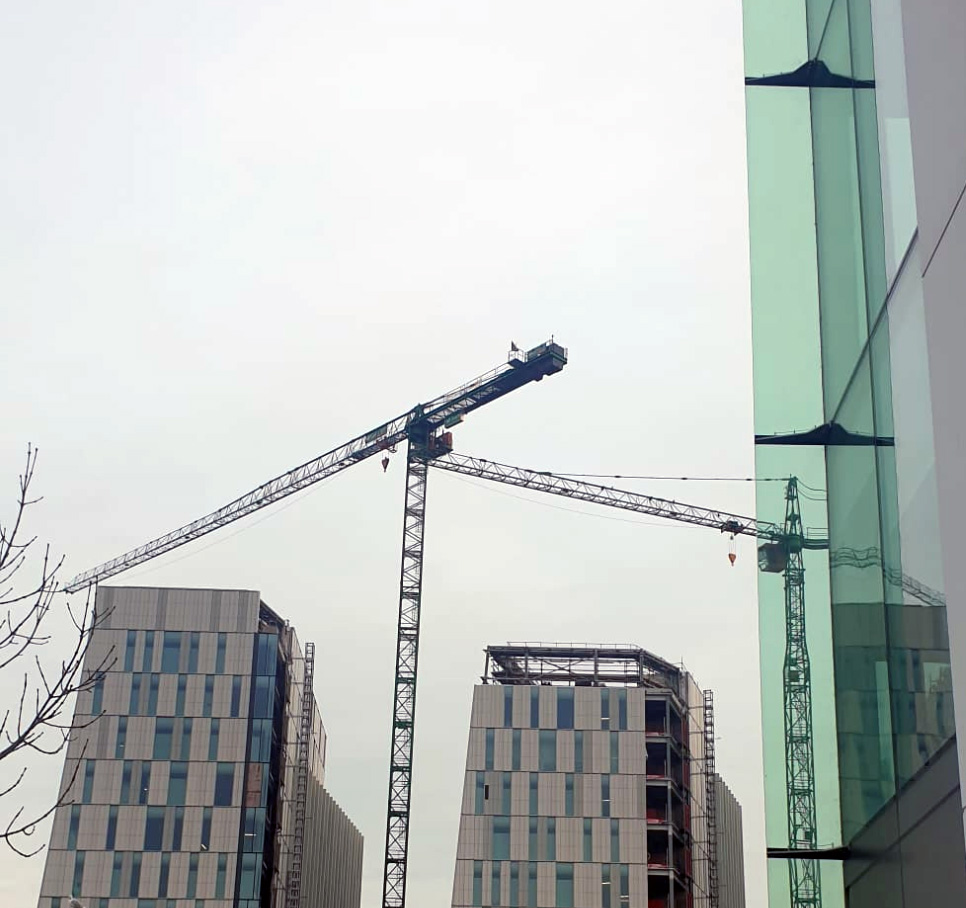 The Ulster Bank Construction Purchasing Managers’ Index® (PMI®) – a seasonally adjusted index designed to track changes in total construction activity – ticked up to 56.9 in October from 56.3 in September. Index readings above 50 signal an increase in activity on the previous month, and readings below 50 signal a decrease. The latest figure signalled a marked increase in construction activity, with the rate of expansion accelerating slightly. Activity has now risen in each of the past six months.

According to respondents, growth reflected an improving picture for new orders, some of which continued to be linked to the release of pent-up demand following the Covid-19 pandemic.

Commenting on the survey, Simon Barry, Chief Economist Republic of Ireland, Ulster Bank, noted: “Irish construction firms continued to experience strong growth in activity in October according to the latest results of the Ulster Bank Construction PMI. Having eased over the summer months following the post-lockdown snap back in activity in Q2, the headline PMI rose slightly last month, signalling a modest re-acceleration in the pace of overall construction activity growth at the beginning of the fourth quarter. Commercial activity was particularly strong in October as the pace of growth picked up markedly, while residential activity registered solid expansion last month, albeit at a reduced pace relative to September.

“Strong demand for construction services was also evident in further sizeable gains in both new orders and employment, with new business and staffing levels both recording a seventh consecutive month of expansion. But the October results highlight that supply-chain disruptions remain a highly problematic headwind for Irish construction firms. Respondents cited Brexit, Covid-disruption and shortages of delivery drivers and materials as factors, which contributed to a record lengthening of delivery times and record growth in input costs. Nonetheless, despite such headwinds, firms remain confident about the 12-month ahead outlook. Sentiment ticked up from September and was again above long-run average levels, reflecting expectations that the ongoing release of pent-up demand will continue to support activity growth in the coming year.”

The expansion in overall activity was led by a sharp and accelerated rise in work on commercial projects. Meanwhile, the rate of growth in housing activity continued to soften from May’s record. Although civil engineering activity fell, the reduction was only slight.

The aforementioned improvements in customer demand fed through to a rise in new orders during October. New business has now increased in each of the past seven months, and the latest expansion remained sharp despite easing from that seen in September to the softest since April.

The prospects for future activity growth also remained bright, according to respondents, with sentiment regarding the 12-month outlook ticking higher and posting above the series average. Some firms predicted the further release of pent-up demand over the coming year.

In response to rising activity requirements, constructors expanded their staffing levels and input buying at marked rates. The rate of job creation quickened slightly, with some firms reportedly taking on new apprentices. Although the rate of increase in purchasing activity eased to a six-month low, it remained strong in the context of historical data.

Where companies did try to expand purchasing activity, however, they were faced with severe disruption to supply chains. Suppliers’ delivery times lengthened to the greatest extent since the survey began in June 2000, with companies linking delays to Brexit, disruption caused by the Covid-19 pandemic, global material shortages and a lack of drivers.

Input price inflation also hit a fresh record in October as the aforementioned supply issues fed through to higher costs. Some 78% of respondents indicated that their input prices had increased over the month.