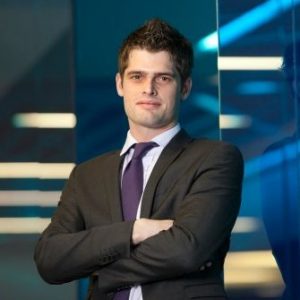 UK Construction News: First growth since Brexit due to house-building

In September, the UK construction industry has seen its first signs of growth since May. The Markit/CIPS Construction Purchasing Managers Index (PMI) reached 52.3 in September, up from 49.2 in August.

This growth has been attributed to a ‘swift recovery in house building. The expansion is a stark contrast to the slump to 45.9 in the aftermath of the Brexit vote in July.

The Index state: ‘The latest increase in housing activity was the strongest recorded since January. A number of firms cited resilient demand for residential building work and generally improving market conditions.

Construction companies pointed to a renewed rise in civil engineering activity, with the pace of expansion the fastest since March.

However, the Index points to a decline in Commercial Work. Commercial construction activity decreased for the fourth month running, which is the longest period of sustained decline since early 2013. However, the latest fall was only modest and the slowest recorded since the downturn began in June.”

“Higher levels of overall construction activity were supported by a rise in new work for the first time since April. Anecdotal evidence suggested that signs of improving domestic economic conditions, and an upturn in housing – related demand in particular, had contributed to greater volumes of incoming new work in September. This in turn led to a further moderate rise in employment levels across the construction sector, although sub-contractor usage continued to fall at one of the fastest rates since late-2013.

Back into expansion mode

Tim Moore, Senior Economist at HIS Markit and author of the Markit/CIPS Construction PMI®, said: “UK construction companies moved back into expansion mode during September, led by a swift recovery in residential building from the three-and-a-half year low recorded in June.

“Resilient housing market conditions and a renewed upturn in civil engineering activity helped to drive an overall improvement in construction output volumes for the first time since the EU referendum.

“A number of survey respondents noted that Brexit-related anxiety has receded among clients, although it remained a factor behind the on-going decline in commercial building work.”