The requirement to give notice on claims 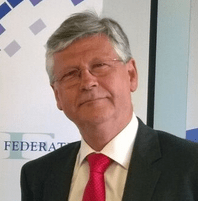 Anthony Hussey of Hussey Fraser Solicitors addresses the requirement to give notice of claim under most forms of contract.

“Under most forms of contract it is now a condition precedent to making a claim that notice be given of the claim within a short period of time.”

The requirement to give notice of claims

Once upon a time there was no need to give notice of claims under most standard forms of contract.

Prior to 2007 the standard contracts in use in Ireland were the IEI Third Edition for Civil Engineering Contracts and the RIAI Forms for building works.

While these contracts did require the contractor to give notice of claims in a timely fashion there was no express penalty for failing to do so. The result was that unless the respondent to the claim could show actual prejudice as a result of the failure to give notice, the claim would succeed, no matter how late. The same was the position under the standard forms of sub-contract current at the time.

The PWC goes further than FIDIC. Not only does it require notice being given within 20 working days, it also requires details of the claim being provided within a further 20 working days. In the event of either of these conditions being met, the claim, subject as below, is doomed to failure. Now that recovery is underway private contracts are back in vogue.

Invariably however, these too require notice to be given as a condition precedent to a claim being successful. Most of the provisions are based upon the wording of the PWC which in turn is based upon clause 20.1 of FIDIC.

Unfortunately, contractors and sub-contractors consistently fail to meet the requirements of these provisions with the result that their claims, irrespective of their merit, are put in jeopardy.

The main notice provision in the PWC is as follows:

10.3.1If the Contractor considers that under the Contract there should be an extension of time or an adjustment to the Contract Sum, or that it has any other entitlement under or in connection with the Contract, the Contractor shall, as soon as practicable and in any event within 20 working days after it became aware, or should have become aware, of something that could result in such an entitlement, give notice of this to the Employer’s Representative. The notice must be given according to sub-clause 4.14 and prominently state that it is being given under sub-clause 10.3 of the Contract.

For the purpose of this article let us assume that a contractor has failed, on the face of it, to give notice, in accordance with this provision and let us examine the bases upon which the law may nonetheless rescue a contractor from his dilemma.

Most of the arguments available to avoid the strict time regime arise out of case law and these will be dealt with below by reference to each of the cases.

Apart from those arguments, the case has been made that the time does not begin to run against the contractor until he “considers himself” entitled to make the claim.

The clause of course provides for the giving of notice from the date of the contractor becoming aware of the event giving rise to the claim and not from the time that the contractor considers himself entitled to make the claim.

However some limited support for this argument is provided by the case of Nobahar-Cookson and others v The Hut Group Ltd [2016] EWCA Civ 128 which is dealt with below.

The starting point in Ireland has to be the decision in Clayton Love because it is one of very few decisions of the Irish courts relevant to such provisions. In it the Supreme Court decided that a clause exempting a party from liability for its breach of contract could not be sustained if the breach was a fundamental breach. In the particular case the shipping company relied upon an exemption clause where it had allowed frozen scampi to defrost in the course of shipment, as a result of which the cargo was rendered valueless. It is likely that the Supreme Court would take a different approach to this subject if it was given an opportunity to do so because the English law upon which the judgment was based has been reversed by subsequent judgments in that jurisdiction. A number of High Court judges have expressed doubt about the validity of the Clayton Love decision and have sought to find ways around it. Nonetheless it remains the law of the land and whereas High Court judges might be amenable to arguments whereby the application of the principle established by the case may not be applied in whole or in part, it would be inappropriate for an arbitrator to follow such a course. Arbitrators should consider themselves bound by the decision in Clayton Love and accordingly if the effect of the notice requirement is to allow the employer escape liability for a fundamental breach of contract, the arbitrator should not apply the provision. The fact that a notice provision of this nature is to be regarded as an exemption clause was reaffirmed in the Nobahar-Cookson case below.

The first chink in the clause arises out of the fact that the words “whichever is the earliest” is not inserted after the words “or should have become aware”. In the Gear Construction case the Court held that similar wording was to be read as giving the contractor the option of notifying the claim on the later date of the two alternatives. Applying the same logic, under the PWC provision, time would not start to run against the contractor until the later of his either becoming aware, or he should have become aware.

This case related specifically to clause 20.1 of the FIDIC form of contract which for all intents and purposes is identical to the PWC provision quoted above. The Court held in effect that an extension of time claim need not be made prior to the delay actually occurring i.e. the claim need not necessarily be made as soon as events occur which would likely give rise to a claim. Although the case related only to extension of time claims, the logic of the judgment would suggest that it should equally apply to claims for additional payment.

The contract in this case contained the following provision:-

“The Sellers will not be liable for any Claim unless the Buyer serves notice of the Claim on the Sellers……….as soon as reasonably practicable and in any event within twenty Business Days after becoming aware of the matter”.

The issue was whether the notice had to be given within 20 business days of the buyer becoming aware of the facts giving rise to the claim on the one hand, or of the buyer becoming aware that those facts would actually give rise to a valid claim under the contract on the other hand. The latter circumstance would only arise after the buyer had taken advice from his accountants. The Court of Appeal came to the conclusion that the time only began to run from when the buyer received the advice from its accountants. While much of the argument centred on the proper interpretation of the word “matter” in the context of the particular clause, the ultimate reasoning of the Court leading it to this conclusion was based on the purpose of the clause which, in the Courts view was “to prevent the buyer from pursuing claims previously kept up its sleeve rather than goad him towards analysis and the obtaining of advice” within the time restraint.

The extent to which this judgment will assist is not certain. In the particular contract the time for making a claim was tied to the time when the claimant became aware “of the matter”. In the PWC clause time runs from when the contractor became aware of the event or circumstance giving rise to the claim and not the awareness that those events or circumstances give rise to a claim. It is however quite arguable that the inclusion in the clause of the words “If the contractor considers himself to be entitled” indicates a purpose similar to that identified by the court in the Nobahar-Cookson decision and that, read in that context the obligation to make the claim only arises when the contractor becomes aware that the event or circumstance gives rise to a stateable claim.

The above cases may assist in overcoming an apparent failure on the part of a contractor to give notice, depending upon the circumstances of the particular case.

In practice, one would always look closely at the behaviour of the parties. It is not unusual for parties to indicate through their conduct an intention to waive the requirement for such notice, and by reference to general legal principles that is a good defence against condition precedent.

Published in the November/December issue of Construction magazine