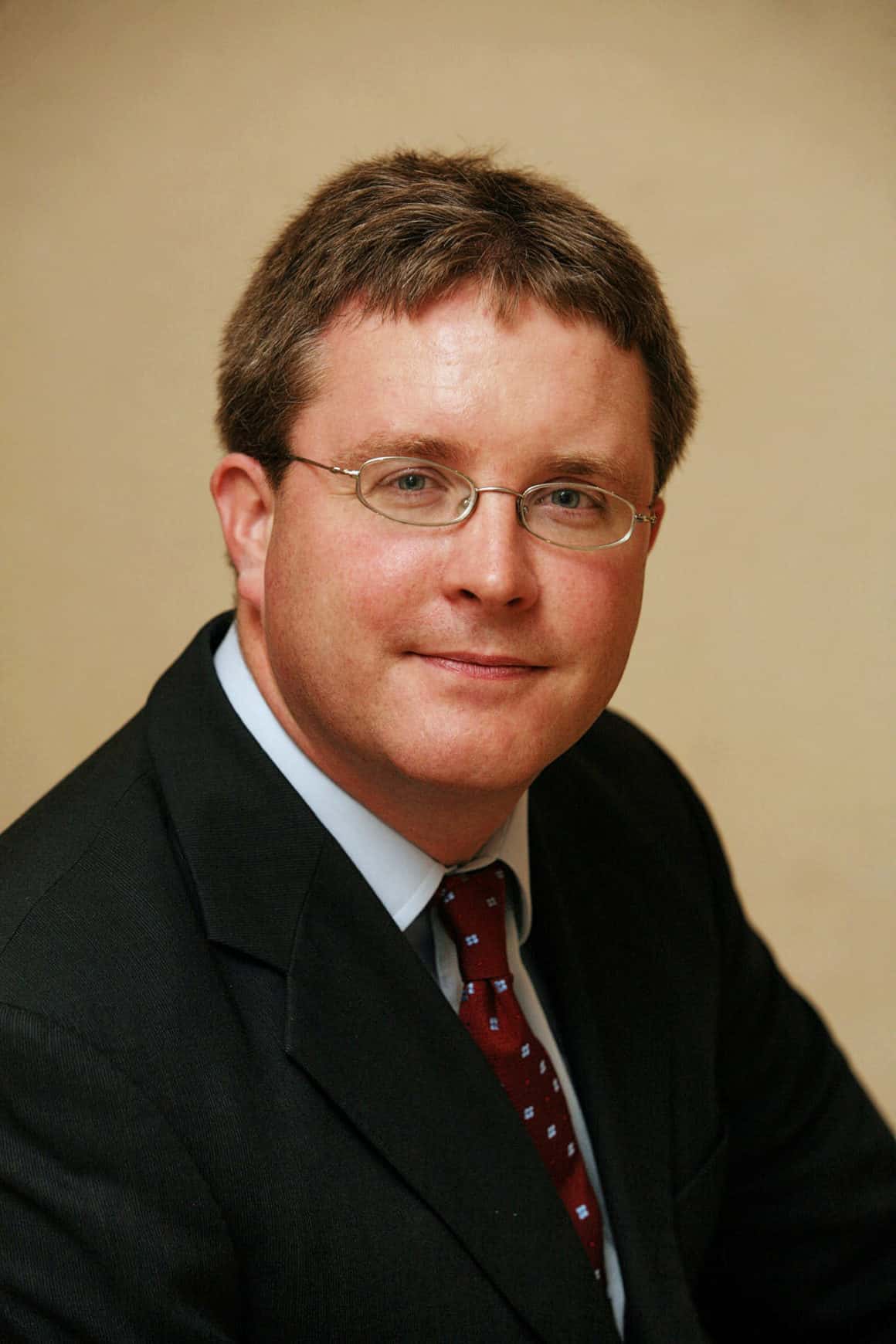 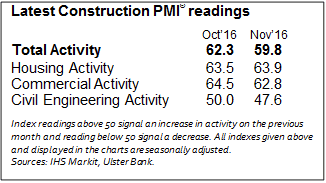 Irish construction firms continued to record strong growth of activity during November, supported by a further sharp increase in new orders. Rising workloads encouraged companies to up their rate of job creation and increase purchasing activity. Meanwhile, there were further signs of intensifying price pressures. The Ulster Bank Construction Purchasing Managers’ Index® (PMI®) – a seasonally adjusted index designed to track changes in total construction activity – posted 59.8 in November, remaining well above the 50.0 no-change mark and thereby signalling a strong monthly rise in activity. This was despite the index dropping from the seven-month high of 62.3 in October. Anecdotal evidence suggested that signs of improving economic conditions had helped lead to growth of activity.

Commenting on the survey, Simon Barry, Chief Economist Republic of Ireland at Ulster Bank, noted that:

“Irish construction activity continues to grow at a very solid pace according to the latest results of the Ulster Bank Construction PMI. The headline PMI fell back modestly in November from October’s exceptionally high levels, but a reading of 59.8 signals further rapid expansion, and at a pace slightly ahead of the average seen in the sector’s three-year recovery to date. Details across the main sub-sectors paint a mixed picture. There was a very encouraging further acceleration in residential activity, which took the Housing PMI to its highest level since February, in the process leaving housing as the strongest performing activity category last month. This is further welcome evidence of sustained, solid expansion in an area where strong performance is badly needed given the housing supply shortfall. Commercial activity also continues to expand at a rapid rate, albeit that the pace of growth eased from October. Civil Engineering continues to underperform, however, with activity decreasing in November, having been unchanged last month.

“Near-term prospects for Irish construction firms continue to be underpinned by ongoing improvement in new business flows, though the pace of New Orders growth did ease back in November. In turn, the buoyancy of activity and new business trends remains a very important driver of job creation in construction, with the pace of employment growth quickening for the second month running, to its highest level since February. ”

The best-performing sector in November was housing, the first time this has been the case in seven months. The rate of expansion in the category was substantial, having quickened for the second month running to the fastest since February. Commercial activity continued to rise sharply despite the rate of growth easing from the previous month. Meanwhile, civil engineering activity decreased following no change in October. Activity in the sector has risen only once in the past four months.

In line with the trend in activity, new business increased at a sharp but reduced pace in November. Some firms highlighted increased tender enquiries.

With workloads continuing to rise, companies took on extra staff. Moreover, the rate of expansion quickened for the second month running and was at a nine-month high.

With new work increasing, companies raised their purchasing activity accordingly, extending the current sequence of expansion to 33 months. Moreover, the rate of growth was considerable.

This increase in demand for inputs contributed to a further lengthening of suppliers’ delivery times. Vendor performance deteriorated solidly, albeit to a lesser extent than in October.

The rate of input cost inflation quickened for the second month running in November and was the fastest since August 2015. The latest rise was also sharper than the series average.

Business sentiment remained strongly positive, despite easing from that seen in the previous month. Optimism was recorded at 56% of firms, with signs of improving market conditions and expectations of new order growth supporting positive sentiment.