Dublin property prices rose by 23.5% last year, says Keith Lowe, Chief Executive with DNG. “That was never going to happen again this year.”
The reason for this he believes was a huge influx of purchasers who were buying to avail of a Capital Gains Tax exemption. “Prices in some areas went a little too high,” he says. “They quickly realigned early this year.”
This year he thinks that property is still going to rise in Dublin – “anywhere between five and ten percent; I think it’s going to be closer to five per cent on average than ten”.
Where higher growth could take place is in a lot of the main urban areas outside of the capital.
“In the rest of the country most areas are showing good growth,” says Keith. “Especially when you get into those urban areas like Cork City and Galway City. Sligo and Kilkenny are also performing well.
“We believe a lot of those areas will rise by ten per cent and more this year. Of course this is coming from a very low base.”
Anywhere within commuting distance of Dublin is good, as usual, in terms of price. It’s all about the “ripple effect” where growth spreads out from the city.
So what exactly is selling right now? “New homes schemes are selling very well,” says Keith. “We find there is an appetite.
“A big factor with new homes at the moment is a high energy rating and low running costs. “People are coming in and asking: ‘what rating is it?’This can be the deciding factor between buying one property or another.”
Competitive pricing is important, stresses Keith. Where schemes are competitively priced they are getting sales but buyers looking at new homes are choosey.
“They now tend to – on more expensive units – look two or three times and then make their decision and give you a deposit.
“They are looking at the size of the property and sizes of the rooms, the ratings and what heating systems are going in. A lot of buyers are looking for off-curtilage car parking. They don’t want parking spaces fifty yards down the road.
“These types of old fashioned factors, as I’d call them, have crept into the market.
“Another factor of today’s market is that potential buyers seem to be very knowledgeable.” 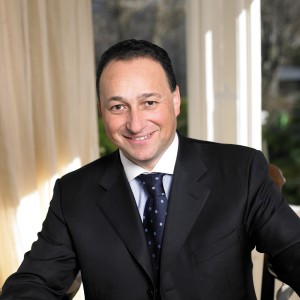 What lessons can developers and builders take? “From our point of view,” says Lowe, “what is important is that they are looking at the design of what they are building.
“Say, for example, with a three-storey house, they are making sure there is good living accommodation in it. People also want to have their own private gardens.”
Things like car parking are important and “gimmicks” are gone it would seem. In short buyers are looking for value.
A good price is important – moreso than putting in houses with tens of thousands of euros worth of extras and looking for a premium price.
“People have got more sensible,” says Keith. “I think that often they want what mum and dad had. Most would like a three-bed semi.”
As for apartments most are big because of the new standards, so that is good. There is still a market as people like to trade down.
“And there are a lot of families from outside of Irish extraction who do like to live in apartments,” adds Lowe.
“For a lot of Irish people, their first dream is a house.”
Having said all of this, the market is still not operating “normally”.
Transactions
Looking at a housing market means looking at transactions as well as prices. From a market perspective DNG works out how many housing transactions are happening per thousand of head of population each year – comparing us to our neighbours.
Here, for 2014, the figure is 2.15 – up from 1.62 in 2013. It is up, yes, but the average is 4.75 for Northern Ireland, Wales, Scotland and England for 2014 according to DNG research.
“It is a long way from operating normally but it is recovering and going in the right direction in terms of transaction levels,” says Lowe.
“Our figures show 43,000 sales last year but I’d argue that a lot of those were people buying investments for CGT reasons – and, for a normally operating market, there should probably be around double that taking place in the market.
“Around 80,000 in a year is where we should be.
“It’s going to be a long time before we get around that amount of transactions. This year I think it will be similar to last year.
“On new builds I think that we should completing around 10 or 12,000 new homes.”
A lot of people have talked about 25,000 or 30,000 a year but Keith doesn’t believe this makes sense when seen against the total number of transactions for last year.
“I believe that in Dublin we should be building around six or seven thousand houses a year at the moment and, on a nationwide basis, maybe twelve thousand this year and maybe heading towards 20,000 in 2016, on an annualised basis
“We won’t be though. Prices are not high enough to make building viable in most areas outside the Capital.”
In short, the cost of building a property in many areas won’t justify what you are going to get for it.
This feature first appeared in the June/July issue of Construction magazine