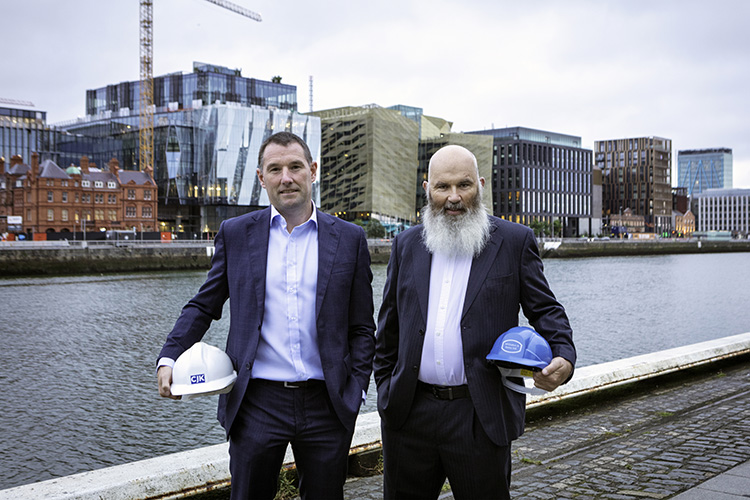 Following discussions between the owners of two of Ireland’s best-known engineering companies, CJK has acquired McGrattan & Kenny and will form a new mechanical & electrical engineering services group to compete in the rapidly expanding sector. The formation of the new group will create an additional 100 new jobs over three years, bringing the total complement to 360 people by 2024. The CJK and McGrattan & Kenny brands, which have a combined total of 76 years in the marketplace, will both be retained. The new group is projected to have combined 2021 revenues of €45m (CJK €40m; McGrattan & Kenny €5.2m).

The 100 new roles will include mechanical and electrical trade personnel, engineering, operations, commercial and administration staff to support the group’s continued growth.

The senior management teams in both companies remain unchanged, and all employees are being retained.

Senior management of both companies will work closely to ensure that the combined expertise and strengths of the two companies are harnessed so that clients will have access to a broader range of services and greater efficiencies.

CJK and McGrattan & Kenny have a long, shared history during which they have worked successfully together on many projects over the years and continue to do so. Mutual clients include DAA and OPW.

In addition to complementing each other from their respective M&E backgrounds, CJK and McGrattan & Kenny share similar cultures and core values, the most important of which is the belief that their people are the key to the continued success of both companies.

A significant development in the engineering services

Announcing the establishment of the new M&E engineering services Group, Vinny Bruen, Managing Director, CJK, said: “This is a significant development in the engineering services market that is gearing for further strong growth. The alignment of our two companies presents an opportunity to provide enhanced services and efficiencies for our clients, as well as great new career opportunities for our teams.”

Commenting on the strong existing partnership between both companies, Eamon McGrattan, Managing Director, McGrattan & Kenny, said: “The creation of this new group will be very positive for employees and customers alike. We are building on strong foundations forged through successful collaboration over the years. It is rare for two companies to have such a shared history and culture, which augurs well for a deeper alignment. I look forward to exciting times ahead.”