Irish Construction output predicted to grow by 20% in 2017 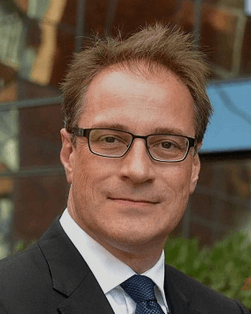 According to the AECOM Annual Review 2017 of the Construction Industry, Ireland’s construction industry grew by 15 percent in 2016, and they expect it to grow 20 percent in value of output in 2017

But, as will be familiar to all readers of CIF Construction magazine, Ireland needs significant infrastructure and residential spend to enable and sustain any economic growth

John O’Regan, AECOM’s Head of Programme, Cost and Consultancy, Island of Ireland says that Ireland needs significant infrastructure and residential spend if it is to sustain economic growth.

According to the review, the estimated value of construction output in 2016 was €14.6 billion, which is up 15 percent on 2015. Increasing output was largely driven by commercial building and to a lesser extent home building.

Employment in construction continued to grow – up by 9,000 comparing Q3 in 2015 and 2016;
The floor area of non-residential development granted planning floor space was up 70% in the 12 months to July 2016;
While construction activity began to pick up in the regions in the second half of 2016, it is still sluggish compared to the greater Dublin area.

John O’Regan says that the future is bright for Irish construction but he warns: “It is clear that years of under investment by the private and public sectors in physical and social infrastructure will diminish the attractiveness of the island as an investment location if spending is not accelerated. Construction spend should generally account for 12 percent of GNP but clearly after the economic crash investment fell well below that level. In fact, since 2009, the shortfall has been €63 billion and a further €26 billion is projected by 2022 unless corrective action is taken.

AECOM surveyed approximately 400 professionals from across the Island’s property and construction sectors. John O’Regan adds: “Those surveyed identified resources and tender inflation as the biggest challenges to domestic construction projects in 2017, with cost control, staff retention and recruitment being the biggest challenges to construction businesses. In this context, it is clear that the drive to attract experienced craftsmen and industry professionals to the construction industry will move into full swing in 2017.”