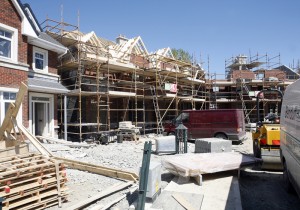 Where next, indeed. We find ourselves in, as one developer put it, “quite the conundrum”. What sort of economy produces a scenario where demand and supply are so out of kilter? Developers want to develop, buyers want to buy while the whole process moves at a snails pace towards, hopefully, a resolution.

Just over a year ago the Taoiseach launched Construction 2020, the Government’s ambitious plan to “kick-start” the construction sector.

Housing was at the forefront of the plan. “The central aim of the strategy is to provide homes for our people by tripling housing output by 2020 and adding 60,000 jobs to the construction sector over the same period,” he told the assembled media.

“And just as important a healthy construction sector is required to maintain the output of quality housing options for young families as Ireland’s population continues to grow. A severe shortage in supply is sharply driving up prices in some areas, which is causing great difficulties for many young people.

After the launch economist Ronan Lyons cut to the heart of the issue: “If you want housing to be affordable, increase supply – it’s no more complicated than that. If supply is not forthcoming we need to understand why, rather than push the price of housing further up,” he said.

So, what has happened during the intervening 12 months? Very little, it would appear. In 2014, just 11,016 units were completed. Over 3,260 of those were in Dublin where it’s estimated 8,000 units are required annually.

“It should be noted that house building activity is coming from a very low base in Ireland. Despite the increase in overall house completion levels, 2014 was still the 4th lowest year of house completions on record. The records began in 1970 when the country’s population was approximately three million people. By 2014 it is estimated the total population stood at over 4.5 million, which represents an increase of 1.5 million or people or approximately 50% population growth,” said the report.

This year, we’re likely to see only a small percentage increase in house completions.

“We have the youngest population, with the highest birth rate combined with the lowest death rate,” he said.

As with other commentators the CIF Director says Ireland is no longer one single housing market. He identified four separate markets:

While taking into account the overhang in some areas Fitzpatrick estimates the annual demand could be between 27,000 and 36,000, higher than ESRI figures (see sidebar).

He points to demographic figures, which project the Greater Dublin area will see a population increase of 400,000 over the next 15 years, which accounts for two-thirds of the 613,000 by which the State is expected to grow over the same period.

These are all positive numbers, so why isn’t the industry responding?

All of these issues are making developers wary, he says.

What are the remedies?

A Grant Thornton report commissioned by the CIF, in response to the Department of Finance public consultation on taxation measures to encourage development of zoned and serviced land made an interesting observation about perception.

Talking about the availability of zoned land in Dublin and the lack of increased construction activity, some have taken the view that “current owners of zoned and serviced lands are hoarding land and delaying development until prices increase further, thereby increasing profits”.

As the reports states: “Our (the CIF) members’ livelihoods depend on the existence of a functioning property market. They are not on the business of hoarding land. From the builder’s perspective, the housing market is not complicated. Construction will occur when:

In the context of stimulating the housing market, Hubert Fitzpatrick said a number of issues could be implemented, including:

On year from now how many is these issues will have been tackled? More importantly, will supply be anywhere closer to meeting demand?