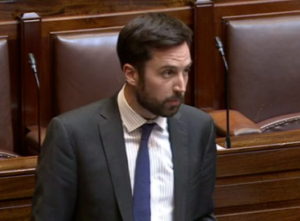 The new Minister for Housing, Planning, Community and Local Government, Eoghan Murphy TD has signed the necessary Commencement Order and associated supporting Regulations to enable planning applications for large-scale housing developments of 100 units or more, and large-scale student accommodation projects, to be made directly to An Bord Pleanála (the Board).

The introduction of temporary new fast-track planning arrangements for large-scale housing developments – in respect of which enabling provision was incorporated in the Planning and Development (Housing) and Residential Tenancies Act 2016 – delivers on a key commitment under Pillar 3 of the Government’s Action Plan for Housing and Homelessness – Rebuilding Ireland. Minister Eoghan Murphy said, “The intention behind the planning related provisions of the 2016 Act is to facilitate the provision of increased housing supply through greater streamlining efficiencies in the planning system.”

The new arrangements will apply initially for the period until December 2019, and, subject to review, may be extended to December 2021 (the end date of Rebuilding Ireland).

The new Regulations set out the detailed procedural and administrative matters relating to the determination of planning applications for proposed strategic housing developments and the requirements on relevant parties – the applicant, the Board, relevant local authorities and prescribed bodies for consultation.

Importantly, participation by members of the public will remain a fundamental part of the decision-making process.

Under the new fast-track planning procedures which will essentially involve a two-stage process, the Board will be required to complete pre-application consultations in relation to a proposed development with the developers and the relevant planning authority (who will have a key input into the process) within a maximum period of nine weeks, this is primarily to determine whether a proposed development is broadly consistent with the development plan or local area plan for the area concerned. Where a planning application is subsequently submitted to the Board, it will be required to make a final determination on the application within 16 weeks of receipt of the application (except in exceptional circumstances where an oral hearing is deemed to be required). This will potentially result in planning decisions in respect of such strategic housing developments being decided within an overall period of 6 months of the commencement of formal pre-application consultations with the Board as against the current arrangements where planning applications for large housing developments are initially required to be submitted to the local planning authority and generally end up being appealed to the Board, thereby taking in certain circumstances up to 18 months from initial application to securing ultimate approval.

In tandem with the new arrangements for private large-scale housing developments, the Minister is also bringing into operation revisions to the Part 8 process for local authority own development proposals ie, social housing, infrastructure servicing both public and private developments, libraries, fire stations, swimming pools etc.  These revisions set a maximum timeframe within the process for the determination of local authority own development proposals and will mean that such proposals must be decided on by elected members within a maximum period of 20 weeks of being first issued for public consultation. Until now no such maximum timeframe existed resulting in delays in the progression of Part 8 projects including social housing developments.

Minister Eoghan Murphy said: “I am confident that these streamlining measures will assist in providing greater certainty in the planning system so that we can get large scale developments built more quickly. Our constant attention has to be on measures that more rapidly bring about the supply of new homes. We have to make it easier and quicker to get homes built and that is why the action I took this morning is necessary and welcome.”