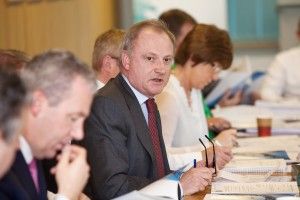 The somewhat long-winded name – ‘Report on the Review of the Performance of the Public Works Contracts’ – belied the simple fact contained within its pages, namely that in the words of the CIF Director General it “represents huge progress”.

According to Tom Parlon the report is a “very positive outcome” for the industry.

The Department of Public Expenditure and Reform published the report prior to Christmas with for main interim recommendations, which are:

The Department says the majority of the measures outlined in the report will be implemented by the summer.

Philip Crampton, who served as CIF President during the consultation process leading up to the final report, was singled out by the Director General. “All those involved in the review process deserve considerable praise for the work they have dine to date in achieving this outcome – particularly Philip Crampton,” he said. “Philip led the team working on this review.”

(This is a test posting)