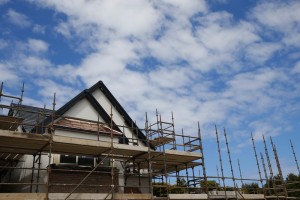 The latest Quarterly Economic Commentary (Autumn 2016) from the ESRI (Economic and Social Research Institute ) predicts continued economic and jobs growth, but carries a warning for house construction. A Research Note titled An Empirical Assessment of the Macro-prudential Measures in the Irish Housing and Credit Market notes that Loan to Value (LTV) and Loan to Income (LTI) restrictions brought in by the Central Bank have already resulted in a reduction of 10 per cent in new mortgage lending. It warns that the Central Bank limits could discourage development.

The paper examines the impact of recent Central Bank measures, including LTV and LTI restrictions, on mortgage credit, house prices and housing supply in Ireland.

Author Kieran McQuinn said: “Our analysis finds that in the short run the combined effect of the LTV and LTI restrictions has been to reduce new mortgage lending by around 10 per cent. The effect on the housing market is as yet quite muted with house prices and housing supply being relatively unchanged. However, this is not surprising given the lags involved in construction.”

Dr McQuinn continued, “The full effects of macro-prudential policy are not evident until three to four years after the measures have been implemented. Our results suggest that in the longer term house prices are likely to be 3.5 per cent lower. This decline in house prices leads to lower profitability in construction, which lowers the number of housing units completed in each quarter by approximately five per cent.”

The full Autumn 2016 Economic report can be downloaded at http://www.esri.ie/publications/quarterly-economic-commentary-autumn-2016/