While the past 12 months have presented challenges to the industry, Elliott Group’s long-standing experience in the healthcare sector has stood to it throughout this challenging period, with the group now heavily involved in delivering large-scale construction projects in Ireland and the UK.

Headquartered in Cavan, Elliott Group also has offices in Dublin, London, Cork and Birmingham. The group is led by third-generation brothers Darragh Elliott and Noel Elliott, supported by experienced and trusted management teams. The company is focused on sectoral and geographical diversification and is delivering on secured turnover of over €100m in 2021.

Elliott Group is currently active in the energy, data, healthcare, high density (PRS) residential and hospitality sectors. It recently opened an office in Cork off the back of winning repeat business to design and build the new 181-bed Premier Inn hotel on Morrisons Quay, Cork. This contract was awarded to Elliott following the successful delivery of Premier Inn, South Great Georges Street, Dublin, which is Ireland’s first new-build Premier Inn. The company is currently on site with 638 PRS apartments in Ireland, 100 units in Manchester, a state-of-the-art VHI clinic, a Dub10 energy centre, and various projects for HSE.

Elliott’s client portfolio includes names such as Quintain, Richmond Homes, Kimptonvale, Kirby Group, HSE and Centrica, to name a few, and Elliott Group has established itself as one of the UK’s leading facade replacement contractors. 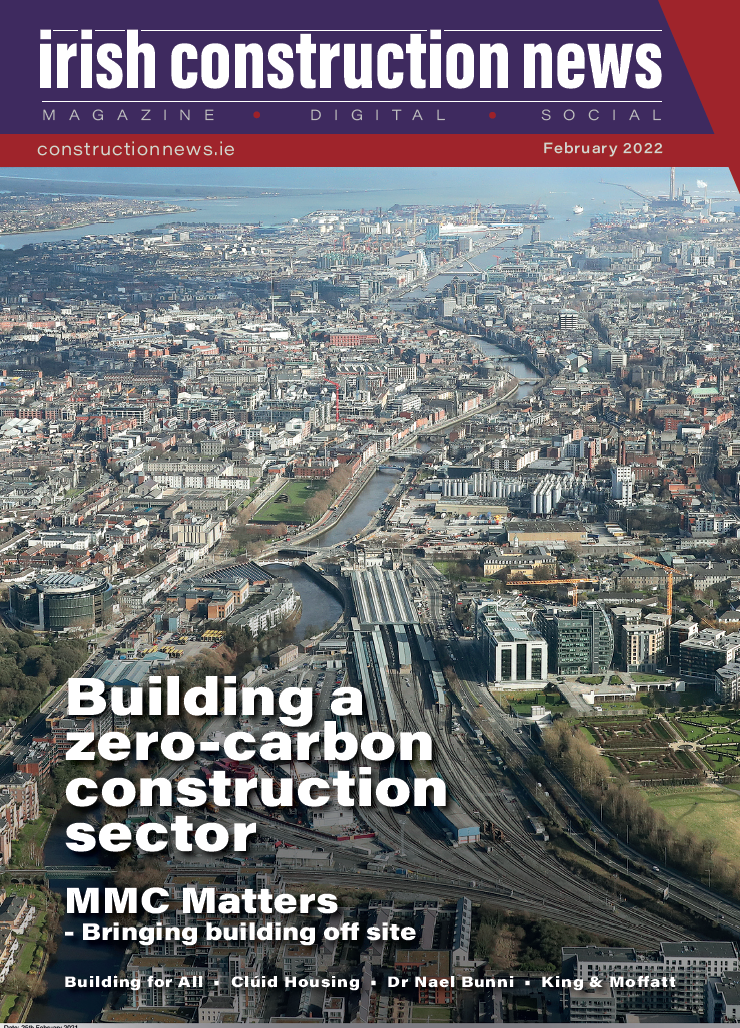