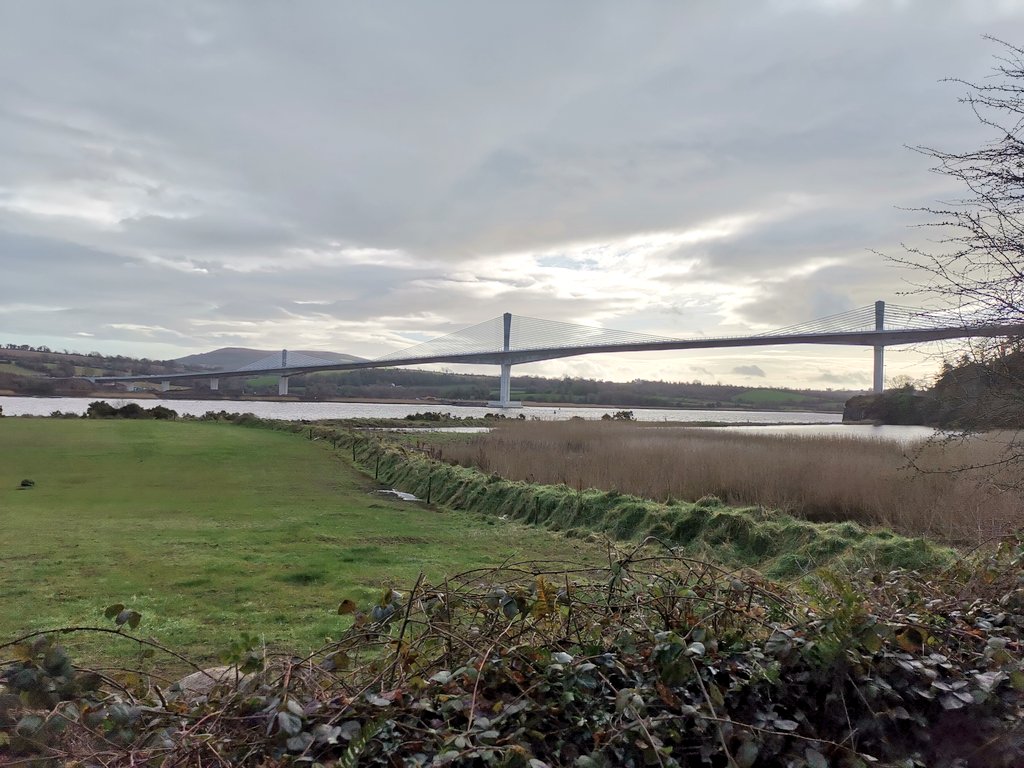 The project has been funded and constructed by the BAM/ACS consortium, which will now maintain it for the next 25 years with a 20-strong team of workers. It has been delivered as a Public-Private Partnership (PPP) Contract between Transport Infrastructure Ireland and the PPP company, comprising BAM PPP, PGGM Infrastructure Coöperatie UA and Iridium Concesiones de Infraestructuras SA.

The Rose Fitzgerald Kennedy Bridge stretches 887 metres across the River Barrow and joins Kilkenny with Wexford. The name of the bridge celebrates the Kennedy family’s rich heritage in New Ross, as their ancestral home is located in nearby Dunganstown. The bridge is the longest in Ireland, and its main span is the longest extradosed bridge span of its type (a complex cable-stayed structure) in the world.

A Vital Piece of Infrastructure

Speaking at the opening of the new bypass, BAM CEO Theo Cullinane said the firm was proud to have funded and delivered another vital piece of infrastructure for the State.

“It is fantastic to see the N25 New Ross Bypass opened today,” he said. “This is a crucial piece of infrastructure for the South East Region, and it will have an immediate, tangible impact on the local community, who will enjoy reduced travel times and increased accessibility. The N25 is a strategic national route that carries both tourist and commercial traffic between Cork and Rosslare, and it will improve connectivity across Munster and Leinster. Last year saw the opening of the M11 Gorey to Enniscorthy motorway, another PPP scheme co-delivered by BAM that has delivered significant benefits to the South East Region.

“The Rose Fitzgerald Kennedy Bridge has generated a lot of excitement in the area. It is a bold, innovative piece of construction and I am certain it is set to become an iconic part of the landscape of Ireland. BAM has spent more than 60 years shaping the face of Ireland, and this project is no exception.”

Theo Cullinane added that Public-Private Partnership is now a proven model driving real benefits for the State. The N25 New Ross Bypass is the sixth Irish PPP motorway project BAM has been awarded, and its completion will bring the total to almost 700 kilometres of national primary route under BAM management.

“This project is the ninth addition to BAM’s PPP portfolio in Ireland and brings our worldwide PPP project tally to 46. We look forward to delivering more projects in the future, where our PPP expertise and experience can come to the fore. We are committed to continue investing as a company in Ireland’s future. To date BAM has funded a major portion of the National Roads Programme and has delivered the recent Courts Bundle PPP and the Schools PPP Bundles 3 and 4 – all of which BAM will manage for 25 years while delivering facility management services. As these projects are spread throughout the country, BAM has been able to contribute to permanent local employment, creating jobs both in construction and on the 170-strong teams looking after these facilities.”

This year will see BAM involved in other key road projects, as construction begins on the €241m N5 Westport to Turlough road. Work will also start this year on replacing the temporary Meenamulligan Bridge in Co Donegal.

BAM was this month recognised by the Carbon Disclosure Project, achieving a place on the global non-profit’s prestigious ‘A List’ for Climate Change. The ranking places BAM in the top 2% of thousands of companies worldwide who disclosed their environmental impact through CDP. BAM has set itself the sustainability target of having a Net Positive Impact on climate change, resources and people by 2050. This month BAM Ireland unveiled the new Children’s Hospital Community Benefit Fund, with the contractor donating €500,000 to help fund training, apprenticeships and third-level education, as well as supporting opportunities for local community groups in the surrounding areas of Dublin 8 and Dublin 12.

– Bridge built with 7,000 tonnes of reinforced steel – equivalent to the Eiffel Tower

– Approximately 2.5 million hours worked on site to deliver the project by over 1,000 people.