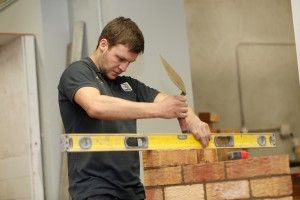 The number of new construction apprentices rose by 660 in 2014, with over 2,100 new apprenticeship registrations taking place last year according to figures published by the Construction Industry Federation. The CIF has described the latest statistics as a positive trend but warned that more apprenticeships will have to be registered in 2015 if the industry is to meet the expected demand for skills in the coming years.

“It is good to see the number of people entering into apprenticeships is on the increase,” said CIF Director General Tom Parlon. “However the industry will need to see that increase continue in 2015 and beyond if we are to meet the expected demand for construction activity in the coming years.

“There have been too few people beginning construction apprenticeships and learning valuable construction skills in recent years.  This is a particularly negative impact of the downturn and one that could have significant implications for the future of the industry if it is not tackled now. It is true that there are still large numbers of unemployed former construction workers who are currently filling positions as they become available.  However if we do not start increasing the talent pool for these important skills then we will run into problems within the next few years.

“The CIF is encouraging all the larger construction companies in Ireland to start taking on apprentices again. We need to future proof our industry from a problem that we can already see developing and the industry has to play its part in tackling that problem,” said the CIF Director General.