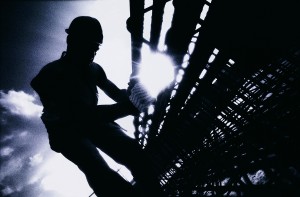 The CIF has welcomed the latest increase in construction employment, saying it is a sign of the “continued recovery” in the sector. According to the latest CSO Quarterly National Household Survey, employment in the construction sector grew by 6,300 in the last quarter (Q1 – 2015).

During 2014 employment in the sector grew by 13,100 with construction responsible for 45% of all the additional jobs created in the economy.

“These are very positive figures and they highlight the continued recovery of the construction industry into 2015,” said CIF Director General Tom Parlon. “Having a jump of over 6,000 jobs in a single quarter is a real sign of the growing vitality of the construction sector. We have been saying for years the quickest way to create jobs was to generate construction activity. We are now seeing that being borne out.

“In 2014 we estimated that an additional 10,000 construction jobs would be created, the industry has exceeded that figure. We have recently published our ’12 Steps for 20,000 Construction Jobs’, if all the measures in this document were implemented further jobs would be created. There is substantial additional scope for creating construction jobs if the blockages to sustainable activity are removed,” Mr Parlon concluded.